More Than the Blues

“Our wounds are often the openings into the best and most beautiful part of us.”

It may be clinical depression.

Depression affects approximately 121 million people worldwide.  The total cost of depression for Americans has risen to over 40 billion dollars each year for direct and indirect costs. Direct costs, such as hospitalization, outpatient care, and drug treatment, account for $12.4 billion, while indirect costs incurred by lost productivity, absenteeism, and suicide-related losses in productivity comprise the remainder.

Depression is the leading cause of disability in the world.  In the United States, close to 10 percent of adults struggle with depression.  But because it’s a mental illness, it can be a lot harder to understand than say, high cholesterol.

One major source of confusion is the difference between having depression and just feeling depressed.  Almost everyone feels down from time to time.  Getting a bad grade, losing a job, having an argument, even a rainy day can bring on feelings of sadness.  Sometimes there’s no trigger at all.  It just pops up out of the blue.  Then circumstances change and those sad feelings disappear.

Clinical depression is different.  It’s a medical disorder and it won’t go away just because you want it to.  It lingers for at least two consecutive weeks and significantly interferes with one’s ability to work, socialize, and enjoy life.

When a person is depressed, it interferes with his or her daily life and routine, such as going to work or school, taking care of children, and relationships with family and friends. The illness causes pain for the person who has it and for those who care about him or her. Loss of a loved one, divorce, bereavement, social isolation, stress, and hormonal changes, or traumatic events may trigger depression at any age.

Women are twice as likely to be diagnosed with Major Depressive Disorder as men. It occurs most often between the ages of 25 and 44. At any given time, up to 9 percent of women and 4 percent of men may have the disorder.

The clinical course of major depressive disorder is quite variable. The disorder typically has its onset when the patient is in his or her mid-20s or 30s, but a later onset is not uncommon.

Most patients who have major depressive disorder will eventually recover, but some patients will never have a remission (two months or more with no symptoms, or one or two symptoms to a mild degree) and others may have many years in which they have no signs and symptoms of depression.

Patients who have had severe depression or who have had an onset at a relatively young age are more likely to have recurrent depression, and depression accompanied with anxiety, personality disorders, or psychotic features has a poor prognosis for remission. Gender and age do not seem to affect the progression of major depressive disorder.

Major depressive disorder is a risk factor for the development of chronic diseases (and it negatively influences the progression of these diseases) such as cardiovascular diseases, diabetes, and neurological disorders.

People who have major depressive disorder are more likely to smoke, abuse alcohol and use drugs. Drinking as little as two drinks per day may reduce or cancel an anti-depressant’s benefits. Stimulant abuse with cocaine, crack, methamphetamine, or diet pills use may cause depressive symptoms or mood swings. Using pain medications and abusing narcotics commonly cause some depression symptoms, and withdrawal from them causes even more depression.

Depressed people report a lower quality of life, and the disorder has a profound effect on your family life, personal relationships, and career.

Women are twice as likely to be diagnosed with Major Depressive Disorder as men. It occurs most often between the ages of 25 and 44. At any given time, up to 9 percent of women and 4 percent of men may have the disorder.

Depression can have many different symptoms.  A low mood, loss of interest in things you normally enjoy, changes in appetite, feeling worthless or excessively guilty, sleep changes, poor concentration, restlessness or slowness, loss of energy, or recurrent thoughts of suicide. The formal criteria that a professional will use to diagnose you are below.

A. Five (or more) of the following symptoms have been present during the same 2-week period and represent a change from previous functioning; at least one of the symptoms is either (1) depressed mood or (2) loss of interest or pleasure.

Note: Do not include symptoms that are clearly attributable to another medical condition.

Depressed mood most of the day, nearly every day, as indicated by either subjective report (e.g., feels sad, empty, hopeless) or observation made by others (e.g., appears tearful).

Markedly diminished interest or pleasure in all, or almost all, activities most of the day, nearly every day (as indicated by either subjective account or observation.)

Significant weight loss when not dieting or weight gain (e.g., a change of more than 5% of body weight in a month), or decrease or increase in appetite nearly every day.

Insomnia or hypersomnia nearly every day.

Fatigue or loss of energy nearly every day.

Feeling of worthless or guilt

Diminished ability to think or concentrate, or indecisiveness, nearly every day (either by subjective account or as observed by others).
Recurrent thoughts of death (not just fear of dying), recurrent suicidal ideation without a specific plan, or a suicide attempt or a specific plan for committing suicide.

Fatigue or loss of energy nearly every day.

Diminished ability to think or concentrate, or indecisiveness, nearly every day (either by subjective account or as observed by others).

Thoughts of dying or suicidality

Recurrent thoughts of death (not just fear of dying), recurrent suicidal ideation without a specific plan, or a suicide attempt or a specific plan for committing suicide.

B. The symptoms cause clinically significant distress or impairment in social, occupational, or other important areas of functioning.
C. The episode is not attributable to the physiological effects of a substance or to another medical condition.

Depression has physical manifestations in the brain.

First of all, there are changes that could be seen with the naked eye and X‑ray vision.  These include smaller frontal lobes. On a more micro-scale, depression is associated with a few things: the abnormal transmission or depletion of certain neurotransmitters, especially serotonin, norepinephrine, and dopamine.  Blunted circadian rhythms or specific changes in the REM and slow-wave parts of your sleep cycle and hormonal abnormalities such as high cortisol and deregulation of thyroid hormones are also associated with low mood.

But neuroscientists still don’t have a complete picture of what causes depression.  There is a complex interaction between genes and the environment, and we don’t have a diagnostic tool that can accurately predict where or when it will show up.  And because depression symptoms are intangible, it’s hard to know who might appear happy, but is actually struggling. 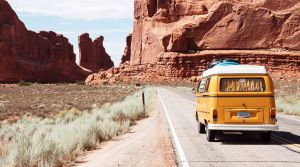 Genetic
Depression is to some degree an inherited disease.

People who have major depressive disorder are three times more likely to have a first-degree relative (parent or sibling) who has or had depression than people who do not, and twin studies have estimated that the risk of developing depression is approximately 30%-50% associated with genetic variations.

However, despite a consistent body of evidence that indicates people inherit a susceptibility to depression, genome-wide association studies and gene-environment interaction studies have not yet clearly defined the role and contribution of genetics in the development of depression. 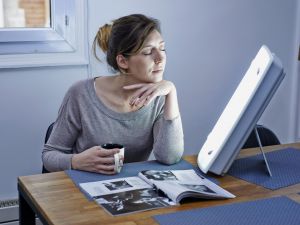 Biological
Biological causes of major depressive disorder include abnormal changes in brain structures, impaired and/or abnormal neurotransmitter function, and immune system dysfunction that can cause inflammation and oxidative stress.

Whether these changes in structure and function are cause or effect has been difficult to determine, given the heterogeneity of major depressive disorder and the treatments for the disease. 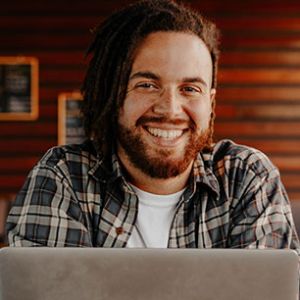 Environmental
Major life stressors are considered to be a strong predictor for the development of major depressive disorder. Chronic diseases such as cancer, chronic obstructive pulmonary disease, diabetes, heart disease also increase the risk for developing depression, as do acute illnesses such as stroke.

Depression also may occur with other serious medical illnesses such as heart disease, stroke, cancer, HIV/AIDS, diabetes, and Parkinson’s disease. People who have depression along with another medical illness tend to have more severe symptoms of both mood and the medical illness, more difficulty adapting to their medical condition, and more medical costs than those who do not have co-existing depression.

Treating the depression can also help improve the outcome of treating the co-occurring illness.