The majority of FDA-approved medications for Major Depressive Disorder affect the neurotransmitters serotonin, norepinephrine, or dopamine.  The most widely prescribed antidepressants belong to the class known as Selective Serotonin Uptake Receptors (SSRI), which includes Prozac, Zoloft, Paxil, and Lexapro.

Unfortunately, only 27% of patients treated with traditional antidepressants achieve complete symptom-remission within 12 weeks. Among those that have a positive response to treatment, the average time waiting for relief is seven weeks.

In contrast to the available antidepressants, Ketamine can produce a profound antidepressant effect within days, or sometimes hours, of beginning treatment.

It is particularly effective in Treatment Resistant Depression (TRD).  Randomized Controlled Trials have shown ketamine to have a 60-70% response rate for TRD populations.

Ketamine is well-known for its sedative properties. However, over the years, it has gained notoriety among recreational drug users around the world for its distinct dissociative, hallucinogenic, and tranquilizing effects.

In recent times, ketamine has become a popular alternative treatment option for patients suffering from chronic depression. Read on to know more.

How Does Ketamine Work?

Ketamine, also known as Ketaset, Ketalar and Ketanest, is a dissociative anesthetic. Dissociative anesthetics are a class of drugs that are known for blocking pain signals and inducing loss of consciousness. These include other medications such as nitrous oxide, dextromethorphan, and phencyclidine (PCP).

Difference between medical and recreational uses

As mentioned before, ketamine is used both medically and recreationally. However, the use varies across both settings.  However, typical recreational use involves lower doses that induce hallucinations.

Health concerns and potential for misuse

When used recreationally, a dose even slightly higher than the normal recreational level can result in severe dissociative effects. Users have reported out-of-body experiences and chronic use and abuse have led to psychological addiction, physical and mental health issues, and tolerance as well.

History of ketamine use

Ketamine’s synthesis was a result of the side effects of a similar drug called phencyclidine, which was synthesized in 1956. Phencyclidine’s anesthetic properties were remarkable, particularly when it was first tested on monkeys. However, human trials resulted in several patients suffering from acute emergence delirium, i.e., waking up from anesthesia in a state of severe confusion.

Researchers concluded that a better short-acting alternative was necessary and they were quick to start synthesizing phencyclidine derivatives.

One of the derivatives, synthesized by Wayne State University’s Dr. Calvin Lee Stevens in 1962 and titled CI-581, showed promise in terms of the tests conducted on animals. Human trials started in 1964. The medication’s rapid action mechanism, combined with its significantly reduced toxic behavior, made it the preferred anesthetic. In 1970, the United States Food and Drug Administration approved it for medical use.

Following the Vietnam war, it became the most popular anesthetic in the medical community. However, word got out onto the West Coast streets about its hallucinogenic properties. So, from the ‘70s to the late ‘90s, its illicit use skyrocketed not just in the USA, but in other countries as well.

In 1999, ketamine’s spiraling illicit use led to it being made a federally controlled substance. In the 2000s, its popularity as an anesthetic took a hit and slowly, it became second-choice to morphine. However, also in the 2000s, several studies pointed to ketamine as a potential treatment for depression.

Since then, there has been much debate about the medication’s effectiveness as a treatment for conditions like post-traumatic stress disorder (PTSD) and treatment-resistant depression.

Ketamine in Comparison to FDA-approved Antidepressants

Medical experts have suggested that ketamine’s growing reputation as an antidepressant is due to the inadequacies of conventional FDA-approved antidepressants. Common complaints from patients who have been prescribed FDA-approved selective serotonin reuptake inhibitors (SSRI) such as Zoloft and Lexapro include:

Compared to SSRIs, ketamine works much faster and starts alleviating symptoms in a matter of days. However, alternative treatment with ketamine for patients suffering from depression and PTSD is recommended only when all other FDA-approved options have been exhausted. 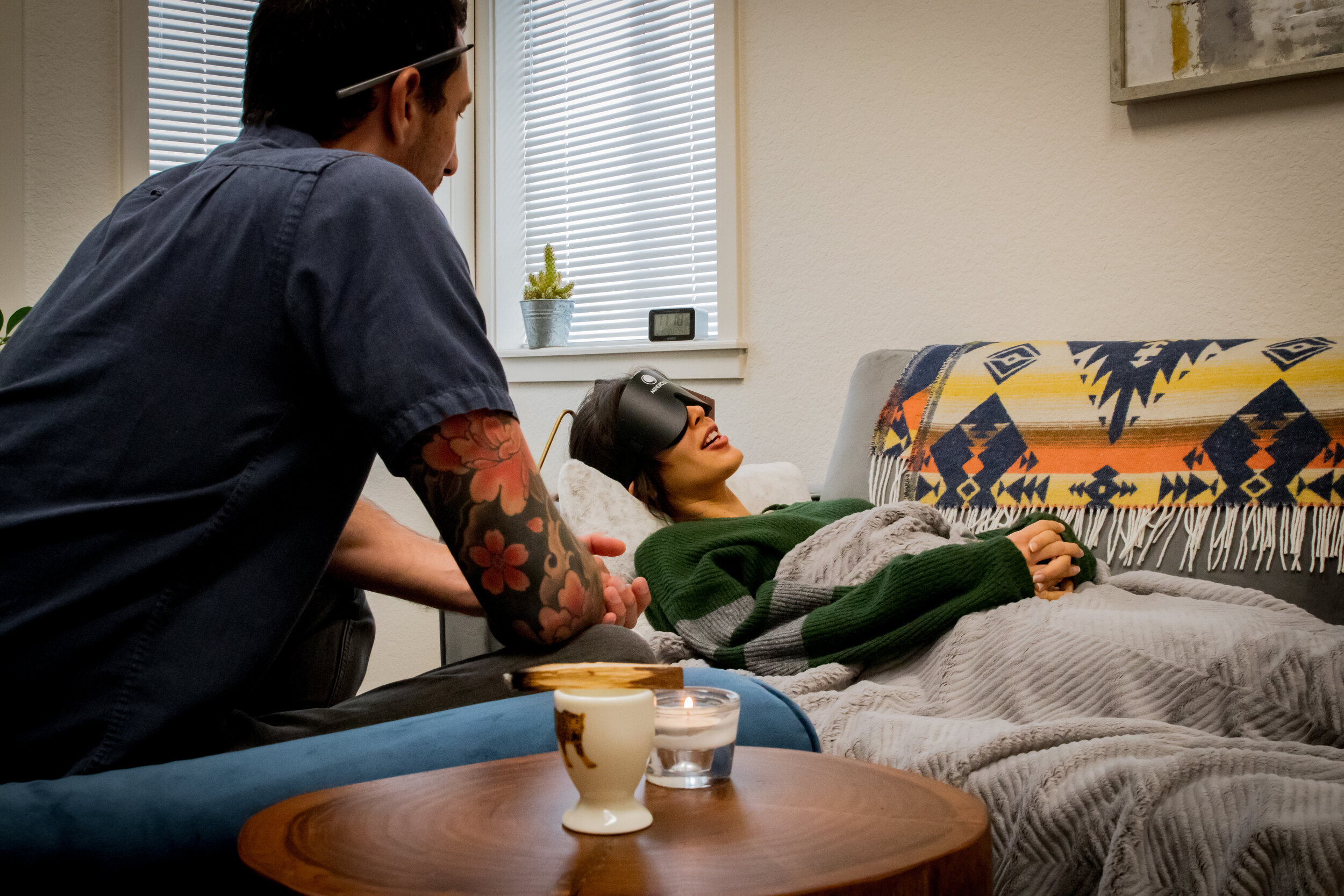 Ketamine treatment, its drawbacks, and potential side effects

Ketamine treatment consists of administering the medication using an IV infusion. The course completes in a tapering manner. with three infusions during the first week, two during the second, followed by single weekly infusions for three weeks.

It’s still not clear how ketamine deals with depression. One theory suggests that neural connections in the brain that affect mood are damaged due to higher levels of the stress hormone cortisol.

Ketamine rapidly works on repairing those damaged connections, which leads to improvement in mood in a matter of hours. Of course, this is only a theory and more conclusive research needs to be undertaken to understand the full extent of ketamine’s activities inside the human brain.

Even though research is still ongoing to ascertain ketamine’s long-term effects on depression patients, it has two major drawbacks. The medication’s effects don’t last long and once they wear off, patients typically need another infusion to alleviate symptoms.

Ketamine is also one of the most expensive alternative treatments for depression and until it gets approval from the FDA, very few insurance companies will provide coverage for ketamine treatments. However, it’s not all dark and gloomy, as some companies are taking progressive steps.

Some of the side effects:

However, none of the side effects are long-lasting.

What does the future hold?

The future looks promising for ketamine as a potential mainstream treatment option for depression, as more and more patients are reporting its positives. It’s unlikely that the FDA will change its stance towards the medication until further verification.

If you do consider ketamine treatments to deal with your depression, remember to follow your doctor’s advice to minimize potential health risks.

Ketamine as an Antidepressant: Overview of its Mechanisms of Action and Potential Predictive Biomarkers

Time is of the Essence:  Coupling Sleep-wake and Circadian Neurobiology to the Antidepressant Effects of Ketamine